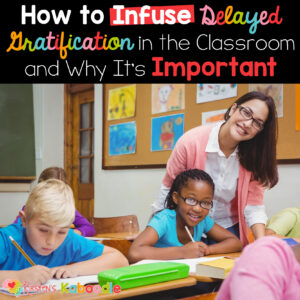 The classic example of delayed gratification is “the marshmallow test.” You may be familiar with the (adorable) videos floating around the Internet. A series of young children are offered one marshmallow each. They can eat the marshmallow immediately. Or, they can wait 15 minutes and receive a second marshmallow to eat.

Filmed by hidden camera, some children tentatively touch the marshmallow. Others lick it or smell it. And of course, some eventually gobble it down.

“The Marshmallow Test” and the Benefits of Delayed Gratification

Walter Mischel, the originator of the marshmallow test, caught up with his participants decades later. The four-year-olds who had “passed” the test demonstrated these characteristics as adults:

Unfortunately, in today’s fast-paced, technologically advanced world, delaying gratification is becoming harder than ever before. On the bright side, however, both teachers and parents can actively teach this important skill to children.

Why is delayed gratification important for children?

How strong is your “delayed gratification” muscle? Do you remember how often you exercised that ability as a child or a teen? Just like academic skills, the skill of delaying gratification is one that can be improved with practice.

Research has shown that delayed gratification plays an important role in goal achievement. It also appears to be connected to well-being and long-term life success, as Mischel’s marshmallow test follow-up suggests.

So, delayed gratification is important for children because it establishes a lifelong precedent. Children who never delay gratification will become adults who struggle to resist temptation and achieve goals. Meanwhile, those who master this challenging skill now will grow up succeeding, meeting goals, and experiencing greater health and happiness.

How to Infuse Delayed Gratification in the Classroom or Home

We know delayed gratification is important—and teachable—but how exactly can we foster this skill in our classrooms or homes? Try a few of these activities with the children in your care.

Impulse control isn’t usually considered fun, but you can help children practice with a variety of enjoyable “stop and go” games. These include Follow the Leader, Simon Says, Red Light-Green Light, or Freeze Dance (e.g., dance until the music stops, then freeze).

One reason that delayed gratification is so challenging is that there’s often no guarantee of a future reward. There’s one marshmallow in front of me right now. I can see it, smell it, and even lick it. How do I know for sure that there will be a second marshmallow if I wait?

For this reason, it’s important to create a reliable environment where self-control is rewarded. If you tell your children that you’ll allow them to watch TV in one hour if they wait patiently, be sure that you follow through with the TV time. Similarly, if your students are promised five minutes of talk-time at the end of class if they work quietly until then, it’s important to honor your word.

Children who are taught that delaying gratification offers no benefit will prefer immediate rewards. If they instead learn that practicing self-control is worthwhile, it’s a skill that they are more likely to cultivate.

Children copy the behavior they see, so it’s important to model the self-control you want your children to demonstrate. For instance, talk to your children about topics like saving money and waiting patiently.

If stuck in traffic, say something like, “Traffic is moving really slow and we have been waiting for so long. I just need to be patient, and we’ll get home eventually.”

Another reason it’s challenging to delay gratification and reach goals is that goals are often unreasonable. When a goal feels impossible, it’s hard to find the self-discipline to stick with it and avoid other, more immediate rewards.

Teach children to set reasonable goals that they can truly achieve. Other ideas include posting visual reminders of goals, breaking big goals into smaller steps, and creating a practical plan to achieve goals.

In addition, practice the “if-then” strategy. Ask children what obstacles may prevent them from reaching their goals. For younger children, say something like, “Do you think anything could stop you from reaching your goal?” You can prompt with possibilities if children struggle.

Once children have determined potential obstacles, ask, “What will you do if that happens?” Come up with an “if-then” statement: “If [obstacle], then I will [strategy to overcome the obstacle].” Obstacles may include distractions like cell phones or self-defeating thoughts like, “I can’t do this anyway.” Being prepared for these potential obstacles makes them easier to face.

Finally, celebrate when goals are achieved! The sense of accomplishment and pride will fuel children to delay gratification and reach more goals in the future.

During his marshmallow test research, Walter Mischel found that the children who were most successful in waiting for the second marshmallow found positive, creative distractions.

This doesn’t mean distracting a child from a temper tantrum by saying, “Here, hold my phone!” Mischel is referring to children learning their own strategies to re-focus the mind and resist temptation.

Positive distraction techniques to teach children including counting backwards, reading a book, coloring, exercising or moving, listening to music, and shifting their focus to something else. Calming strategies are also helpful when children become frustrated or impatient.

Mark Off Days on a Calendar

One very simple strategy to teach delayed gratification is to mark off days on a calendar. Is there something your students are children are excited for? Mark the event’s date on a calendar and tick off days together.

This activity shows children that anticipation can be fun, and it’s a visual demonstration that the reward they’re waiting for will eventually occur.

Teach Children to Save Money

Another simple strategy is to teach children to save money. Providing children with an allowance teaches delayed gratification because if they resist the urge to buy candy bars or cheap toys now, they can save up for something far more special in the future.

In a classroom, children can accumulate fake money or other tokens to spend on rewards like free time or a homework pass. Offer larger rewards for students who save and accumulate more tokens.

In addition to the strategies listed here, helping children learn to manage their emotions and become more confident builds composure, which is an essential piece of delaying gratification.

The more you practice, the more children will learn that while one marshmallow is good, two marshmallows are even better! 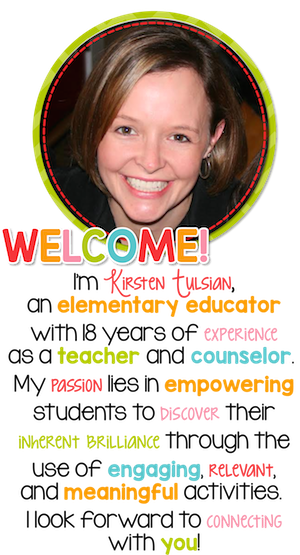 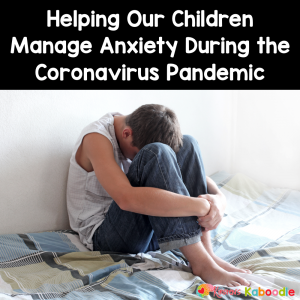